The Box River News was started in August 2000 following the establishment of the Box River Benefice consisting of Boxford, Edwardstone, Groton, Little Waldingfield and Newton Green. The newsletter is delivered free to all 1800+ households within the Benefice.

Eddie Kench has lovingly published the BRN since the first issue in August 2000, making this year its 20th year! To date, approximately 426,600 copies of the BRN have been printed!
The Box River News is self-supported by local advertising and is published at no cost to the Benefice itself. 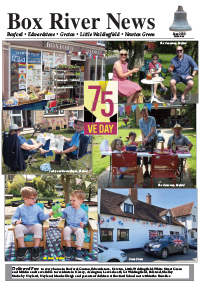 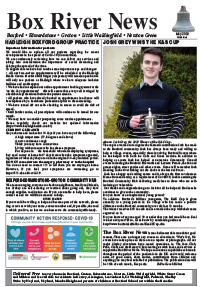 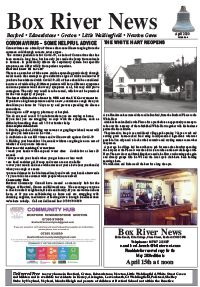 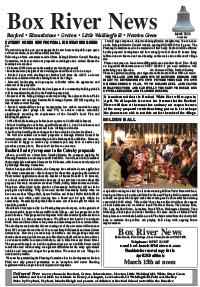 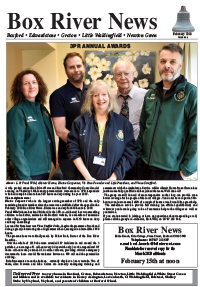 A Very Merry Christmas and a Happy and Healthy New Year to You All
Groton's Cheese and Wine Party, Made in Ipswich - Ransomes- A Talk by Brian Dyes, Seven Dwarfs Do Panto, Hadleigh and Boxford Patient Participation Group, The Boxford Fleece, Milden Matters, It's Christmas in Boxford, Newton's Christmas Fayre, Boxford Rovers. 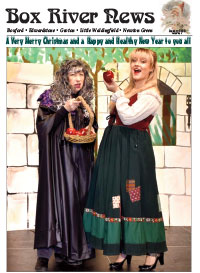