Shortly before 9 a.m. on Tuesday the chimney at the Cedar House, the home of Mr. and Mrs. Michael Henderson in Butchers Lane, Boxford, was found to be on fire.

The alarm was given and two fire engines, one from Ipswich and one from Hadleigh, were soon on the scene and the fire was quickly put under control. 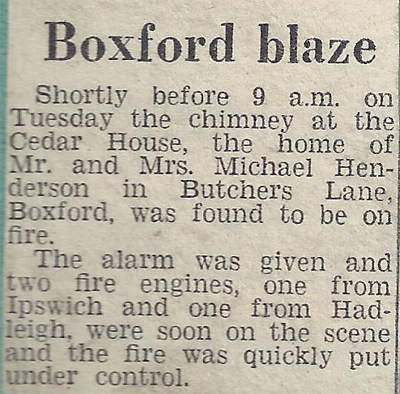