With great presence of mind she resigned herself to her fate, and happily reached home in safety, the pony having stopped when it arrived at its own gate. The butler was picked up by Mr D. Death, and taken into Mr. Walter Kingsbury's (before whose house the accident happened). His face was covered with blood, and being in an insensible state he could not for a time be recognised. Mr. Gurdon and Mr. Mann, surgeons, were soon in attendance. They found him suffering from concussion of the brain, bleeding profusely from the right ear, and having a compound fracture of the right leg just above the ankle joint. He was removed to Edwardston House, where the fractured limb was attended to, but we regret to add that he lies in a very precarious state. 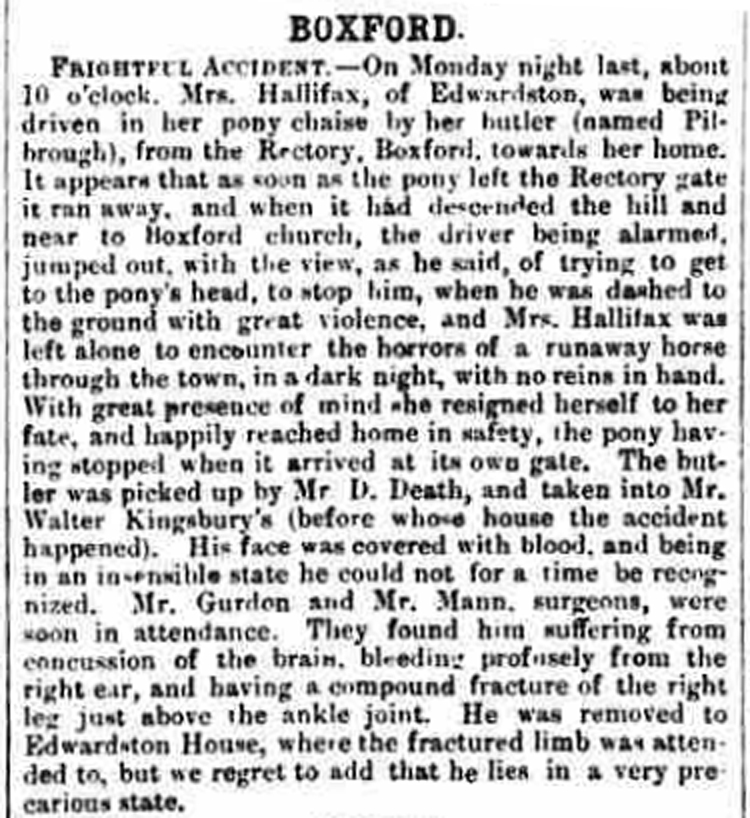