Towards the end of last year a party of people paid a visit to Berlin as guests of the American Air Force Command at Wethersfield. Amongst the party were Mrs. Swan, of East Lodge, Boxford House, and Mr. Malcolm Jones, whose parents live at Parsonage Farm.

At the next meeting of the Women's Section of the Boxford, Edwardstone, and Groton Branch of the British Legion to be held on Wednesday, March 18, at 8 p.m. a film shot by Mr. Jones will be shown which illustrates some of the high lights of that most interesting visit. Mrs. Swan has kindly consented to give a running commentary on the film and this alone is certain to be very entertaining.

In addition to the members of the British Legion, anyone who would like to be present will be welcome. 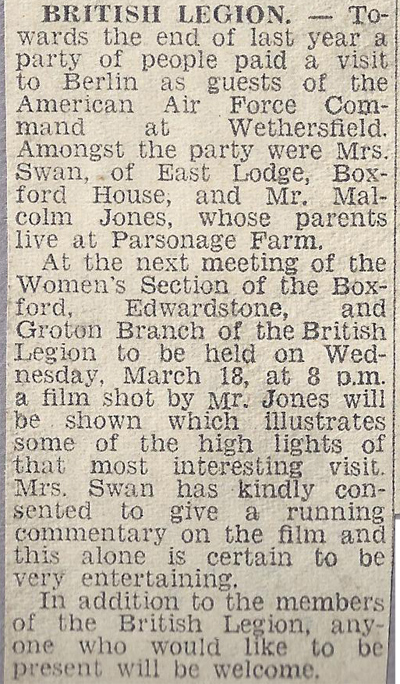