The annual general meeting of the Boxford Community Council is being held at the Village Hall on Friday, March 13.

At this meeting a report will be given on the financial position, the progress made, and the plans for the future.

It is hoped that everyone interested in the future of Boxford will attend to support the few stalwarts who have quite willingly borne the burden. That the majority of the village is behind them is obvious from the success of 'Little Ernie', but it would give the officers and committee considerable encouragement if there was a good attendance at this particular meeting. Those who have directly benefited from the amenities which have already been provided are particularly asked to be present with their suggestions and criticisms. 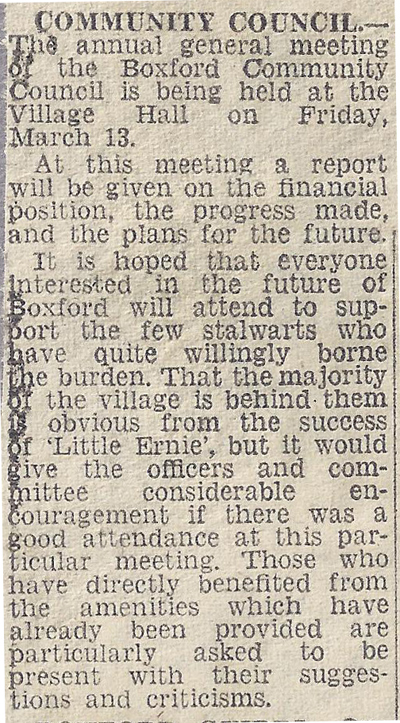