This match was marred by the fact that Waldingfield only fielded eight players, so the game was somewhat onesided.

From the start Boxford swept into the attack and they were soon three goals up, scored by Billy Buckle, Dave Wright and Keith Munson.

Waldingfield, however, kept fighting and defended very well in the circumstances with goalkeeper Brewster making a number of fine saves.

Towards the end of the first half Boxford received a set-back when K. Fosker pulled a goal back for Waldingfield, but this seemed to spur the home side and soon afterwards they increased their lead with another goal from Wright.

In a scrappy second half Irvin Barnes and Keith Munson each added a goal for Boxford. 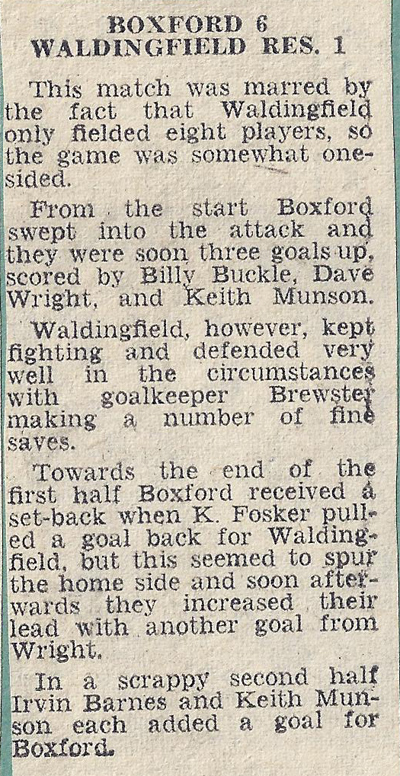