On Tuesday the 10th of September, 1811, a PEAL OF EIGHT BELLS will be opened at Boxford, having two Trebles added to the former six; hung by John Naunton, of Ipswich. The company of Gentlemen Ringers, and others, will be esteemed a favour, by their humble servant,
JOHN SMITH, Fleece Inn.
Dinner at Two o'clock 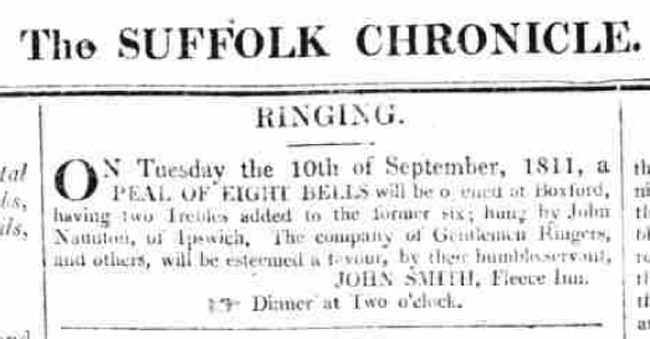