THE LAMB LIKES TOBACCO!
"Sparky eats anything, from a watermelon to shag tobacco. The latter he ate (as if it were grass), the larger part of an ounce, when old Bill, the Kursaal carpenter, offered him his tobacco pouch the other day. He spends most of his time cadging from the trippers, and if their lunch baskets are get-arable he does not stop at cadging: he helps himself. He always returns to the 'Wall' when he's fed-up. His varied diet certainly suits him, for he is as fat as butter and perfectly fit. The latter he displays by frequently doing that 'Spring-time highland fling' as all your lambs do in the early Spring.
"Isn't it strange that all animals seem to be able to swim without the least teaching? Sparky follows Miss Dare (Mrs Smith) into the sea daily. He certainly likes his dip, and when in the water he does the leading, and Miss Dare the following.
"Almost daily we are asked what we shall do with him when he becomes fully grown. We suppose he, like the rest of our pets, including the white mice, will die with us, from old age. One thing is certain, Sparky will never be mutton!" 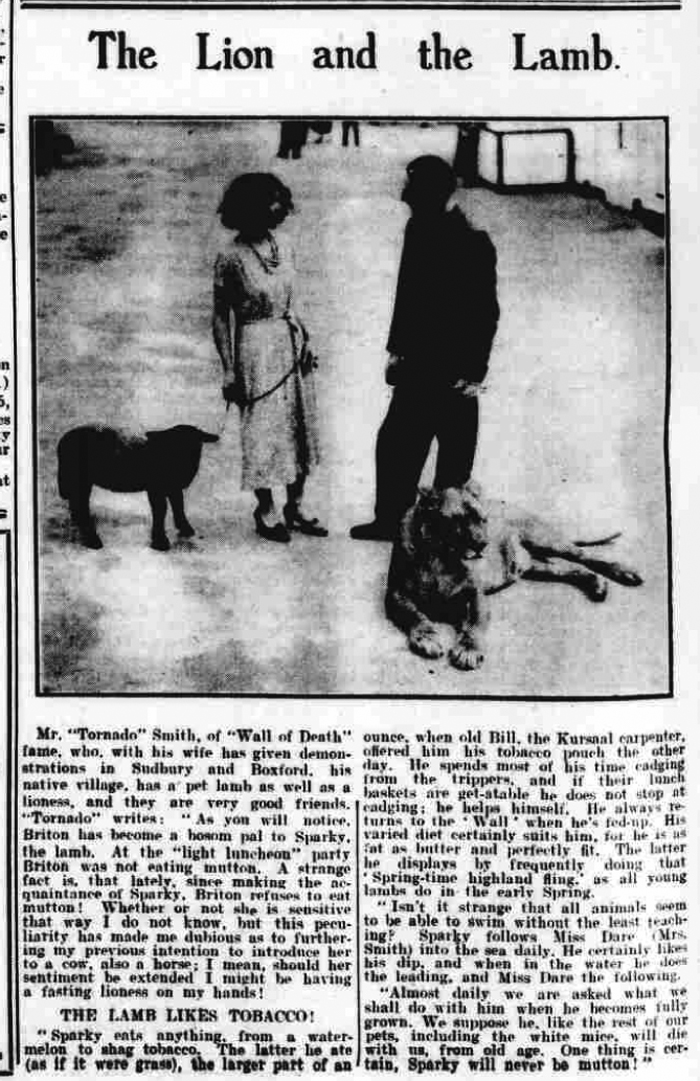