The Uncertainty Of Life

Another sudden death occurred in this parish on Monday night, about 12. A man named George Joslin, a small farmer, &c., had been in the best of health, to all appearances. He attended Hadleigh market on Monday afternoon, returning home about six, and after having tea he went for a walk, calling at a labourer's about a quarter of a mile from his house, where he had a glass of beer, and left for home about ten. He arrived home shortly after, and retired to rest. Mrs Joslin, going to bed about an hour later, heard a groaning noise, and on looking at her husband, found life was extinct. 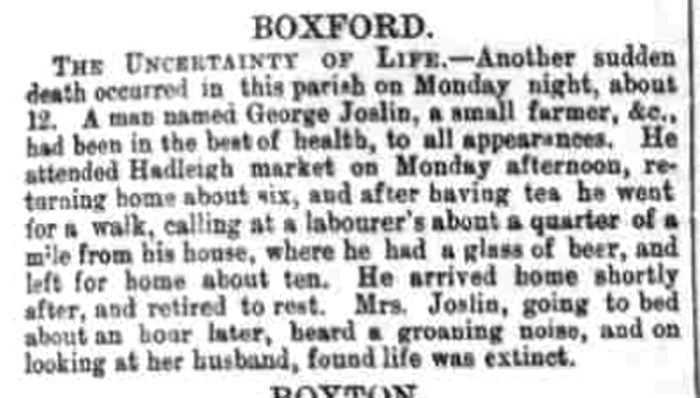