A legal challenge against the approval of plans for a new village housing development has succeeded, after Babergh District Council admitted to a "material error of law" when granting permission last year.

London’s High Court ruled in favour of a claim by Boxford Parish Council, quashing the outline permission given to a planning application by Catesby Estates for 64 homes and a community building on land east of Sand Hill. 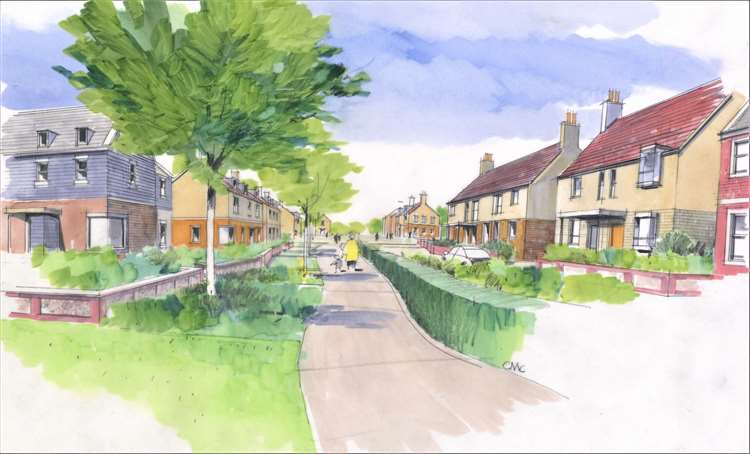 The district council was also ordered to pay the parish council’s legal costs of £13,000.

In the consent order published on Friday, Justice Beverley Lang stated the district council had conceded that the section 106 agreement – made as part of the permission – did not secure a community building as required by an earlier resolution by the planning committee.

"In light of this material error of law, it is agreed that the planning permission should be quashed," wrote Mrs Justice Lang.

"The defendant confirms that the matter will be returned to the planning committee for redetermination, and that the defendant will act in accordance with its legal obligations."

No decision was made on the other arguments brought forward by Boxford Parish Council, which claimed that the planning committee had erred in law on highways matters and failed to properly secure highways improvements.

However, Babergh District Council made no other admissions in relation to these arguments when accepting the quashing order.

A district council spokeswoman said: "Our council is reviewing the application and the legal considerations following judgement, in order to proceed to a redetermination of the matter in due course."

Boxford Parish Council confirmed it would hold Babergh’s planning committee accountable for "redetermining the whole matter", reiterating the view of village residents that there were no tangible community benefits to justify the development’s approval.

Julian Fincham-Jacques, chairman of Boxford Parish Council, said: "Clearly, we are very pleased with the outcome, but Babergh must learn lessons from this.

"It should not be necessary to go to law at great expense over matters the council could and should have conceded when we first raised them."
The outline application for 64 homes off Sand Hill in Boxford had been approved after revisions were made by Catesby Estates, following the rejection of earlier plans to build 80 homes on the same site.

But Boxford Parish Council claimed that Babergh’s planning committee had been "misdirected on a number of material matters" around the revised proposal’s promised community benefits, leading to the unlawful granting of planning permission.

In light of the High Court’s quashing order, the parish council agreed not to pursue its other grounds for challenge for the time being, but maintained they still had merit – a point disputed by Babergh District Council.

Concerns remain over the highways proposals for Ellis Street associated with the development, and the potential negative implications for the rest of the village, after an independent highways study was commissioned by the parish council.

The council has also pointed to Babergh and Mid Suffolk’s draft Joint Local Plan, which does not include the Sand Hill site in its allocated land for housing development, as well as the refusal recommendation of Babergh’s own planning policy manager.

In addition, development on the site is opposed in Boxford’s upcoming neighbourhood plan, following strong public objections when Catesby first unveiled its proposals.

Mr Fincham-Jacques added: "When this matter is returned to the planning committee, Babergh must understand that a community benefit can only justify the grant of permission inconsistent with policy if there is a genuine need.

"If not, it is simply a device to secure a planning permission contrary to policy.

"It is also a real concern that the highway proposals for Ellis Street, put forward to support the application, will only result in even greater conflict between vehicles and pedestrians.

"We must demand better from our local councils, or confidence in them will be rock bottom."