Before teenage singer Molly Marshall began treatment for cancer around her vocal chords, she was told she might never be able to sing again.

Now, the 17-year-old, of Church Street in Boxford, is preparing to perform a vocal solo to conclude a fundraising concert in April, which has been organised by the Upbeat Contemporary Choir in aid of a charity that helped her. 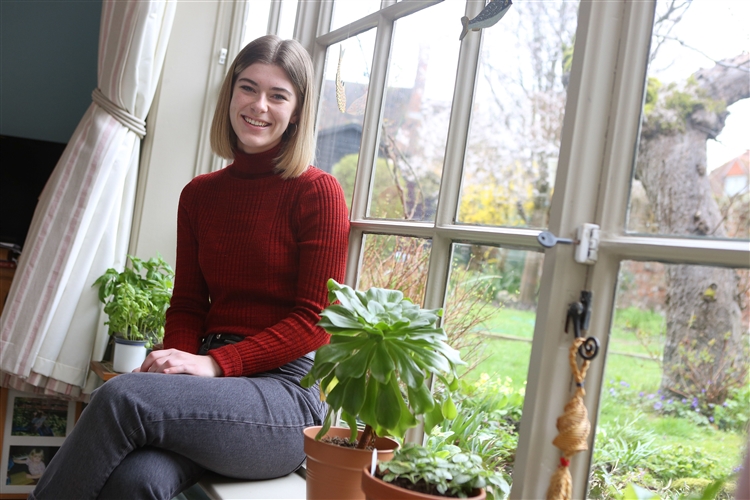 Molly, who began singing six years ago, was diagnosed with cancer in 2015, after she found lumps on her neck. Subsequently scans at hospital found a tumour in her thyroid gland.

She underwent complex surgery to remove the tumour, which had wrapped around a nerve, and some cancerous tissue, before undergoing three rounds of treatment over a period of two years.

Her experience inspired her singing teacher Andrea King, who is also founder and musical director of the Lavenham and Bildeston-based Upbeat choir, to hold a charity concert at the Apex theatre in Bury St Edmunds next month.

"For the last three years, the choir has done a concert at the Apex, and this was the obvious choice," said Andrea.

"We have all got swept up in it, really. We didn't know if Molly would ever sing again, because it's such a serious thing.

"We all think it's really cathartic that something good can come from this."

The money raised from the event will go towards the Teenage Cancer Trust, which provides specialised care and support for young people with cancer, including Molly.

Her mother, Marianne Marshall, told the Free Press she is delighted by the encouragement the choir had given for her daughter's upcoming solo performance.

"We were told before the operation that she might not be able to sing again," she said. "She is determined not to let it hold her back.

"It's amazing that she is so determined to keep going. She is thrilled to be able to sing and really gets so much out of it.

"I was thrilled. I thought it would be a really good thing to do. I think she wants to give something back."

The concert will take place at the Apex theatre on Saturday, April 6, starting at 7pm.