A village pub closed for eight months has finally reopened after new tenants were found.

The Fleece in Boxford, which is owned by John Norton, opened its doors on Saturday, with business partners Rebecca Brown and Aaron Henderson at the helm.

The pub, which was famous for many years as a jazz venue, closed in October - prompting a search for new tenants.

Mr Norton said Rebecca and Aaron used to work in the pub as kitchen staff. 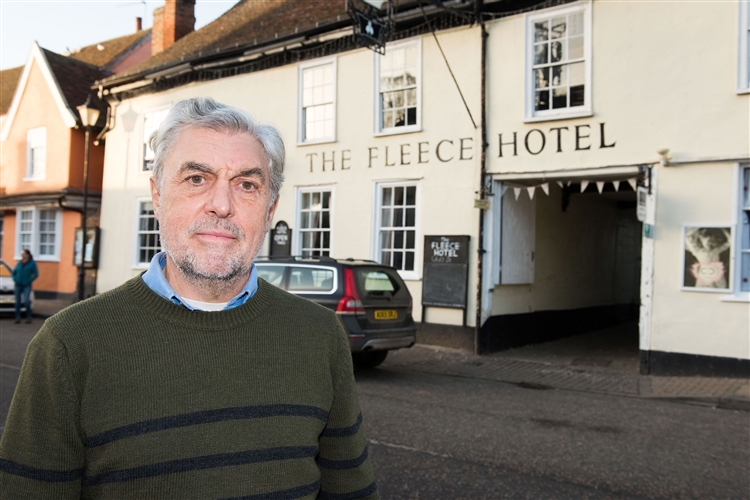 "They are very enthusiastic and relatively young and have links to catering," he said. "I'm sure they will make a success of it.

"It was jammed full of people when they reopened on Saturday."

Mr Norton, who also owns the Edwardstone White Horse, which specialises in craft beers and food, is in the process of trying to turn three former stables blocks at the back of the pub into mews cottages.

He said: "The Fleece has a row of stables which, I think, the last horse walked out of in 1918 and, since when, they have only been used to store stuff.

"We are in the process of cleaning them up and we are hoping to get them converted into mews cottages to rent, or for sale. It's in the hands of an architect.

"It's just not sustainable to keep using them as a store. I had a recent builder's quote for £12,000 to upkeep the peg tiles on the stable roof."

Mr Norton said part of the upstairs of the pub was being used for residential accommodation.

"When we bought the pub many years ago, we spent a lot on renovation, but we did not anticipate the continual demise of rural pubs," he said.

"It's a desperate fight to keep them sustainable."

He said the new tenants' families were getting involved with the business and they would be providing no-nonsense pub food.

"It's interesting because both of them have worked at the pub before in the kitchen under a different tenant, so they know the layout of the place very well," he added.