Three fire engines have been called to help a group of horses who have become stuck in a river in a Suffolk village.

Crews from Suffolk Fire and Rescue Service were called to the scene in Stone Street, near Boxford, by police officers around 10.10am today.

Upon arrival, firefighters from Princes Street and Hadleigh found the three large horses trapped in the water. 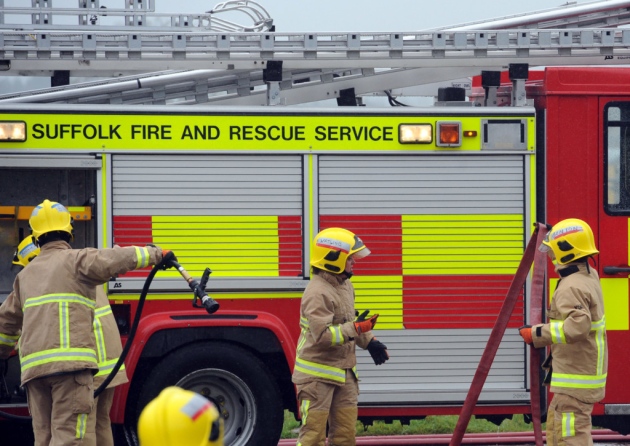 The "Unimog" - an off-road fire engine - from Princes Street is also at the scene, equipped with animal rescue equipment.

Two of the horses have been sedated and rescued from the water and assessed by a vet at the scene.

A fire service spokesman said crews are now in the process of rescuing the third.

The horses are not understood to have sustained any injuries.