Historic pub set to stay open despite plans for flats

A historic pub, which once enjoyed a reputation as a prestigious jazz venue, is set to remain open despite redevelopment plans for flats and houses at the site.

Plans for the new properties have been submitted to Babergh District Council by the new owners of The Fleece Hotel in Boxford, who took over and reopened the pub in May after it closed in October the previous year.

The new owners are now only running the pub on the ground floor and have stopped running the hotel, which was located above the bar. 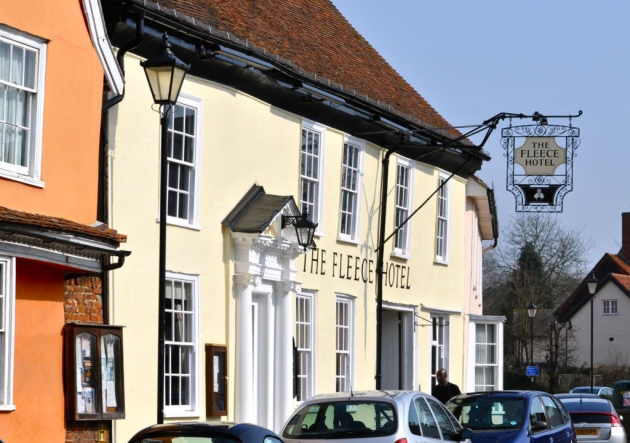 If the plans are given the go ahead then three flats will be built in the hotel space above the 15th century pub, with outbuildings being converted into three houses at the rear of the premises.

In the application submitted by Tricker Blackie Associates Ltd, on behalf of the owners, the viability of the business, if the hotel rooms are run as well as the pub, is questioned.

The application reads: "Its sustainability as a pub has been tested over many years, with various attempts to draw in trade including jazz festivals, music nights, promotions, changes in tenants etc. The current owners have identified areas of under utilised accommodation which have and continue to be a strain on the business model.

"The outbuildings closest to the main range contain the beer cellar but beyond this, the buildings have been used simply to store junk."

The pub, in Broad Street, is one of the best-known buildings in the area and, as a former coaching inn, is believed to date back to the 15th century.

The Fleece has seen many changes over the centuries, and there are claims that the pub bar may have been used as the courthouse where Thomas Corder was examined following the 19th-century Red Barn murder. More recently, the pub was a well-known jazz venue.

The current lease holders Aran Henderson and Rebecca Brown carried out major refurbishments before the pub's reopening in May.

They had originally planned to spend around £20,000 on the refurbishment, but in the end they spent £35,000, on improvements including a new cellar, new fitted lines and new chiller units.

Local artist Alenka Noakes created artwork which is on the walls of the pub.

The exterior of the pub will not change following the development.