Boxford has been named 10th in the best villages in the south of Britain by the Times newspaper.
Whether it's because of the traditional shops and pubs, the quaint historic cottages or the stunning surrounding countryside, few could deny that Boxford is a great place to live.

Boasting the oldest shop in Britain, which has just been lovingly brought back to life, and Europe's oldest recorded working garage, the Suffolk village is steeped in history but also has a thriving modern community.
Enviably placed on the River Box in between three major towns and a mere 50-minute commute from London, Boxford has now been included in The Times newspaper's '40 best villages in Britain' and is listed as the 10th most desirable in the south of the country. 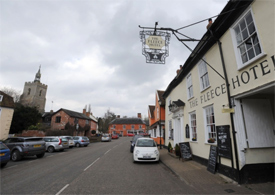 The key to its appeal according to visitors and residents is the balance between traditional and contemporary, in everything from its businesses and sporting clubs to its great variety of buildings.
Unlike many of Suffolk's other rural villages, which have over the years lost their shops and pubs, Boxford has recently been revitalised with new blood and now has two pubs, a general store, a farm shop-come-deli with post office, a coffee shop, butcher's shop, beauty salon and a garage which still sells fuel.

It benefits from a well-subscribed primary school attracting children from surrounding villages and the 14th century St Mary's Church with its unusual wood and lead open spire.

Although a typical two-bedroom Victorian semi in Boxford would set you back £250,000 and a family home with a garden up to £800,000, plans have recently been passed for more than 20 affordable homes on the outskirts of the village to enable people who were brought up there to remain.

William Chaytor who opened CoffeeBox café in the former newsagents last August, was "not at all surprised" to see that Boxford had made it into Britain's top 40 villages.
He said: "Boxford is a thriving village, not a dying one. It's also extremely cosmopolitan with people from all over the world choosing to settle here and many people commuting to London who bring in fresh ideas.
"When we opened here there were doubts about it working but we get everyone from teenagers on their first date to people of 80-plus who meet for a cup of tea and watch our busy little village going by.
"Compared to a year ago when the newsagents and Boxford Stores were closed down, the village has really been brought back to life.
"I think the attraction for people looking to move here is that you have a butchers shop, a general store, pubs, coffee shop and petrol station all within walking distance - everything you need is right here on the doorstep.
"There's enough here to keep everyone happy."

Howard Watts, who has run Riddelsdell Brothers garage since 2001, described Boxford as a "niche village" with a wonderful history and community spirit.
His garage dates back to 1900 when it repaired traction engines and manufactured motorbikes.
"The unusual thing about our garage is that it is right the middle of the village - most businesses in similar locations have long since been turned into building sites," Mr Watts said.
"We are a working garage where you can bring anything from a lawnmower to a Ferrari and we can sort it out.
"We get people who bring cars from all over Europe but at the other end of the scale, local people bring in wheelbarrows with punctures or come in and fill up a can with petrol for their lawnmower - it's a well established part of the local community.
"We have a lot of new blood coming into the village and a fantastic school with a great reputation that brings in a lot of well-heeled people. We are blessed because Boxford is unique."

The Grade II-listed Boxford Stores, which has a recorded trading history dating back to 1420, reopened last December after shutting down in May 2013.
Businessmen Neil Cottrell and local egg farmer Robin Windmill now run it as a farm shop with extras that local people have requested, ranging from locally grown apples and bread to traditional sweets in jars. Just inside the door there are pictures of Boxford dating back more than 100 years.
Mr Windmill said: "I have been around the village for 15 years and when you compare it to other villages, it is very well served. It has a very low crime rate which is a massive draw and it has become a bit of a hub for cyclists and walkers who tend to meet here at the weekends."
He added: "Boxford has really come back alive again in recent months and I regularly hear customers talking about the vibrancy and positive aspects of the village."

History
Boxford was mentioned in the Domesday Book, at which time it had a population of just 18.
During the Middle Ages it thrived as a wealthy 'wool town' which is reflected in the size and grandeur of St Mary's Church.
Today Boxford boasts many sporting organisations including cycling, bowls and award-winning youth football clubs.
It has a blooming gardening society which hosts a renowned annual open gardens event in the village. In addition, there is a drama group, an over-60s club and a flourishing Women's Institute.
The village is well served with bus routes and it is a mere 25-minute drive from Colchester, 30 minutes from Ipswich and less than 40 minutes from Bury St Edmunds. 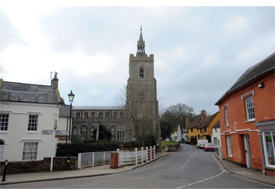 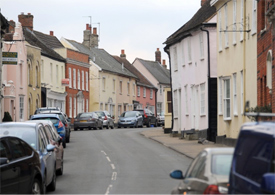 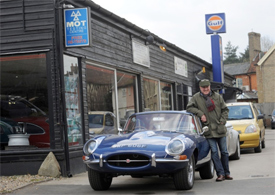 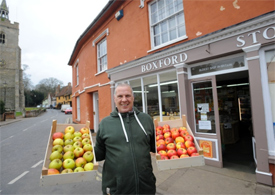