Villagers have launched a campaign to keep their postman from being forced to leave his round in Boxford.

Royal Mail has confirmed it is rearranging postal rounds in the district and a more senior postman has been allocated to Kevin Pike's round.

Resident David Lamming, of Holbrook Barn Road, said: "Four years ago, when Royal Mail was proposing the reallocation of rounds in the Sudbury area, a successful campaign by Boxford residents ensured that Kevin would remain the village's postman. 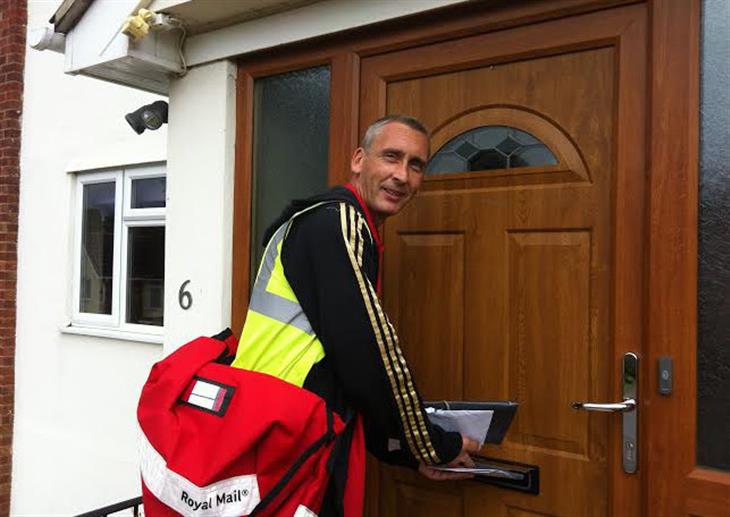 "Royal Mail is about to make fresh adjustments to a number of delivery rounds. Once again, if we are to keep Kevin as our postman, we need to act."

Mr Lamming said postal rounds were being allocated by length of service. "As a result, a postman slightly more senior to Kevin has chosen Boxford and, unless the decision is reversed, Kevin will be moving to a round in Great Cornard early in April."

He said Kevin had served the village for eight years.

"As in 2014, Kevin does not want to move to another round and it does not make sense to require him to do so," said Mr Lamming. "Over the years, he has got to know his customers, including which neighbours he can ask to take in a package when the addressee is not at home."

A Royal Mail spokeswoman said: "We appreciate feedback from our customers and we are delighted to hear that Kevin is such a valued member of his community.

"Part of the change process includes a consultation with our staff, which can lead to some redeployment.

"Kevin will be replaced with someone just as experienced who will continue to provide a first-class service to our customers and we would appreciate your support for the new postperson."

But Mr Lamming commented: "Royal Mail says it is are delighted to hear that Kevin is such a valued member of his community, so why move him? It makes no sense.

"It's not too late for Royal Mail to see sense and reverse its decision. I hope residents will write to the Royal Mail delivery office in Chilton and add their support for Kevin to stay as Boxford's postman."