At the heart of Suffolk, amid gently rolling countryside and meandering rivers lies Hadleigh, a busy market town that mixes a fascinating history with everything you need for modern life.
Hadleigh is a Suffolk Wool Town, with all the hallmarks of medieval wealth built on the wool trade, including half-timbered merchant's houses, and a fine 15th century Guildhall. The town has 246 historic listed buildings in total, including a magnificent medieval church, and pink washed cottages that are synonymous with Suffolk. 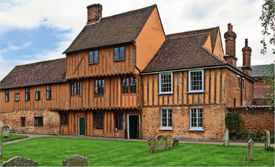 Hadleigh High Street is nearly a mile long and runs parallel to the River Brett, which forms the town's western boundary and makes a lovely riverside walk. There are lots of interesting shops, most of them independently owned, and of the 137 properties on the high street 90% are listed.
Friday morning is market day in the Market Place, offering a wide range of stalls, including fish, fruit and vegetables, flowers, jams, olives and cheese.
A highlight of the town's calendar is the Hadleigh Show, a traditional family event usually on the third Saturday in May, which includes dog displays, vintage tractors, show jumping, trade stands and much more.
You'll never be stuck for somewhere to eat or drink in Hadleigh - there are plenty of welcoming pubs, cafes and restaurants, including the newly renovated Marquis, which has luxurious rooms so you can make a weekend of it and explore the surrounding area.

About five miles west of Hadleigh you'll find Boxford. It's a lively village of about 1,200 people and around 500 homes, many dating back hundreds of years, with beautiful timber frames and colour washes.
Boxford is a friendly place with a strong community spirit. It supports two popular pubs and a coffee shop, a butchers, Britain's oldest garage, a grocery store and a post office/store, which claims to be Britain's oldest shop. For all it's history, however, Boxford is a great place for family life, with an excellent primary school, a thriving church community, a village hall, playing fields and lots of clubs and organisations.
If you're visiting Boxford or staying in the area, there are lots of public footpaths to explore (http://www.boxfordsuffolk.com/footpaths.cfm)

LOCAL HERO
Tornado Smith, born George William Smith, the son of the landlord of the White Hart public house in Boxford, is part of local legend. Tornado Smith brought the Wall of Death from America to England in 1929 and has been acknowledged by the British motorcycle industry as the first Englishman to perform the spectacular and highly dangerous Wall of Death in this country. Tornado is also remembered for his two special partners on the Wall of Death. One, a brunette motorcyclist who rode her own Indian Scout and appeared under the name of Marjorie Dare, and was, in fact, Mrs Tornado Smith. The other was a 12 stone lioness called Briton, first introduced in the show as an added attraction, riding on the handlebars and later, when she was fully grown, in the sidecar. When Briton died, she was buried under the forecourt of Tornado's home, The White Hart pub.

PRIMROSE WOOD
Don't miss Primrose Wood, a nine hectare (22 acre) site, part of which is now a designated County Wildlife Site, with the River Box running alongside it. Primrose Wood is one of 250 woods created around the country through the Woods on your Doorstep project to celebrate the millennium 2000/2001. The design for Primrose Wood has been carefully planned in conjunction with Suffolk Wildlife Trust to protect the special areas of interest already on the site. Many alders can be seen growing along the riverbanks and mature alder carr, an important wildlife habitat can also be found. A native Black Poplar cutting from Boxford village has been planted as a feature to mark the millennium and a locally produced hexagonal seat has been installed around the tree for people to enjoy. 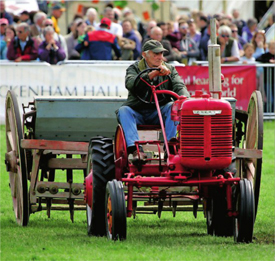 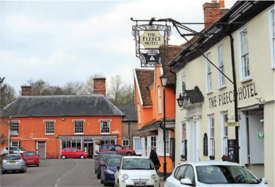 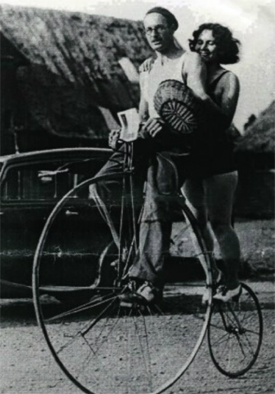