Steven Russell gets a few stories and tips from three women who help make the Boxford open gardens day happen - including the owner of the 'Plonk It Garden'.
It's Maggie we have to thank. Well, Maggie and late husband Barry. They'd been living in Boxford less than a couple of years when they started something good. Something that's lasted.
The Thorpes moved to Suffolk from Buckinghamshire - keen DIYer Barry hoping for something he could sink his teeth into and Maggie more focused on horticulture.
They found it in Swan Street and a home more than 500 years old. While Barry got the house shipshape, his wife laid out from scratch a classic patio garden with parterres.
"People said it was lovely and I thought 'Why don't we make some use of it and make some money for the church?' (Barry was on the parochial church council.) Then I went round Boxford, asking people with nice gardens if they would join in, and it grew. 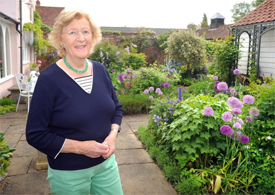 "We were prepared to take on the admin, and it took off." It certainly did. June 1 will mark the 17th consecutive "Boxford Gardens Open" day (not forgetting that some are at nearby Edwardstone).
Last year 21 households in the villages (between Sudbury and Hadleigh) welcomed about 500 visitors, raising £4,500 for St Mary's. Is Maggie surprised how the event has established itself as an annual tradition?
"No, I don't think so. I think opening gardens has become a great English pastime. It's a nosy parker day apart from anything, isn't it! You get to look into other people's lives; as well as enjoying perfumes and the sight of lovely flowers, you see how other people live in their private areas.
"You don't relax in your own garden, because you see all the things that need doing. It's visual entertainment. People have tea and buy plants and get ideas of what to do in their own garden."

The Thorpes kept the show on the road for a decade. "Then we found we were getting too old to cope." Elizabeth and Jeremy Wagener did it for several years. Now the baton is with Angela Tolputt. This will be her fourth year as organiser. She and her family moved to Boxford from the Colchester area in 2009. She first opened her garden in 2011. As a working garden designer and mother to 12-year-old twins and a daughter of 16, Angela was keen to swap a Victorian cottage with about two-thirds of an acre for a 1970s house in The Causeway. "I needed to have a garden but not as big a garden, and to move to a newer house. You know what old houses are like: they're just a sponge when it comes to money." The Boxford abode has perhaps a third of an acre. The previous owners had been keen gardeners. Angela - who has won medals at Chelsea and other shows - put her stamp on it... when she could squeeze in the time. There's now a vegetable patch, for instance, and some step-over (very low) apple trees. There are quite a lot of agapanthus - "sadly never out for the open day" - and quite-unusual yellow hellebore near the house.

She is a big fan of vibrancy. "I will want to mix things like oranges and blues, because they're contrasting colours. I like things that are zingy. I'm not a fan of white gardens." She says of the open day: "Gardeners, as a breed, are very nice people to talk to. The joy is in meeting people who enjoy the same thing as me."

Anne Holdgate has been involved for 12 or 13 years, though she doesn't normally get to see much of it. She's a committed member of the team providing food. (Coffee in the village hall from 10.30am, ploughman's lunches from noon, and cakes and cream teas from 3pm-4.30pm.)
Anne and husband Ian's garden in Holbrook Barn Road is "not vast, but it's a very pretty garden back and front. It's known as the Plonk It Garden, because we just buy things we like and plonk them in! I do collect heucheras. I can't resist the things." She has perhaps 20 varieties.

Anne's tip: Once heucheras are a good size, "you can just pull up your plant, look underneath and see various sections of it. Just pull it apart, pop them in individual pots, and you've probably got six more plants." That simple? "It is. You've just got to look after them. Put them down the bottom of the garden; keep them watered, and away they go. Very hardy. They didn't like the wet much last year, but they are all 'coming back' again."

On June 1, don't miss: "It depends on the weather, really. Last year was a very late spring, and it was full of bluebells. The early roses were just about to come out. It would be lovely if all the roses were out, but it's a little bit early. But there's always something!

Maggie's tip: "My motto, really, is you learn from experience. So try things. Don't be afraid. Don't be sad if they fail; move them somewhere else and try again. Plants want to grow; you don't have to do very much except put them in the earth, give them what they want, and they'll do it themselves."

On June 1, don't miss: "I've got one or two rare plants because Plant Heritage (she's president of the Suffolk branch) does its best to propagate plants that need caring for, because they're becoming extinct." Like? Hebe hulkeana. It comes from New Zealand and needs a warm site. Maggie has it against a south-facing wall. "It needs warmth. The very cold winter we had last year knocked it back seriously, but it's fine again."

Angela's tip: Add colour by sowing hardy annuals like Nigella damascena (love-in-a-mist; blue); Eschscholzia californica (Californian poppy; orange), which can grow in really awful soil; and Centaurea cyanus (cornflower; blue). "All three are really easy to grow from seed, in a patch of ground. Grown together, they provide the 'zingy' combination I mentioned.
"Clear the soil, dig it over and remove the weeds. Sow them from now on. They're hardy annuals and will cope with slightly cooler weather. They do need sun, though."

On June 1, don't miss: The shrub Cotinus coggygria 'Royal Purple' - commonly known as a smoke bush. "Most are shrubs, but this is a small tree, with burgundy-coloured leaves and quite stunning."

The gen: Boxford's gardens open on Sunday, June 1, 11am to 5pm. There should be about 20 gardens there and in Edwardstone. They vary: cottage, courtyard, riverside, and more. A shuttle bus runs to outlying gardens in the afternoon. Plant and cake stalls around the church. There's a Facebook page: search for Boxford Gardens Open. 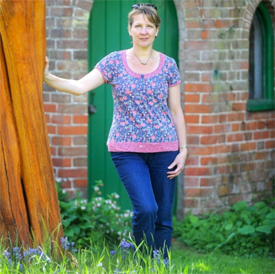 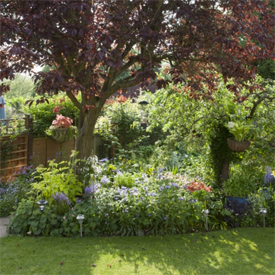 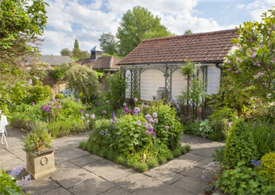 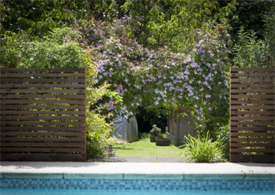