Residents' groups in Boxford have slammed Babergh District Council's decision to approve a scheme of 64 homes in the small village.

Catesby Development Land Ltd had proposals to build 80 homes on land east of Sand Hill blocked by planners last year, but have recently been given the green light for a smaller development.

The first proposal was blocked by planners for a range of concerns, including the added need for school buses and the negative impact the development would have on existing roads and pathways.

Ed Barrett, planning manager at Catesby, said the number of homes had been reduced by 20% to alleviate initial concerns and said the development would be "reflective of the character of the village".

Work is set to begin on the development in the next 18 months. 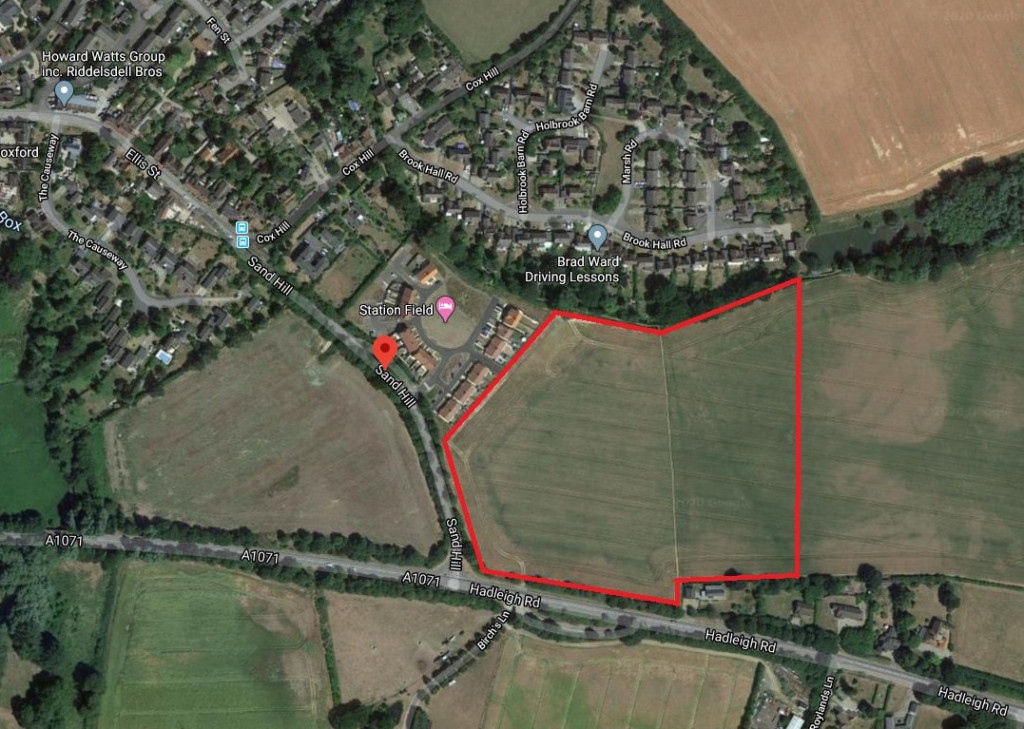 But the revised plans were not universally welcomed by residents, with the proposals attracting 35 formal objections and prompting ward councillor Bryn Hurren to voice his fears.

Mr Hurren said he had "serious concerns" over the scheme's viability, believing all of the children living in the development will need to take a bus to school.

A petition against the development was also launched and gathered nearly 100 signatures from villagers.

The final decision has "outraged" the community, with Boxford Society, the Neighbourhood Plan Group and the parish council releasing a joint statement vehemently outlining their continued opposition to the scheme.

They accused Babergh's planners of "ignorance" when considering the application for the village.

The statement said: "We are outraged by the decision. We are not NIMBYs and our neighbourhood plan committee had already identified nine small scale sites within the village which could accommodate new housing with little impact on the infrastructure.

"We had drawn up compelling reasons why this development should not proceed. We feel totally disenfranchised.

"Consideration of planning applications should, more accurately, reflect the views of the people who will be most impacted by such decisions."